The early gelled lead acid battery developed in the 1950s by Sonnenschein (Germany) became popular in the 1970s. Mixing sulfuric acid with a silica-gelling agent converts liquid electrolyte into a semi-stiff paste to make the gel maintenance free. The AGM that arrived in the early 1980s offers similar performance to gel but each system offers slightly different characteristics to fill unique market needs. Gel batteries are commonly used in UPS, big and small, while AGM has carved out a market with starter and deep-cycle applications. Gel and AGM batteries are part of the valve-regulated lead acid (VRLA) family to make the traditional flooded lead acid maintenance free.

Energy storage systems (ESS) deployed for frequency regulation and energy buffering use lithium-ion batteries. Unlike lead acid, Li-ion can be rapid charged when excess energy is available. While UPS normally dwells at full-charge and is only discharged occasionally, Li-ion in an ESS can operate at mid-state-of-charge of 40 to 60 percent without inducing sulfation. UPS for standby applications continue to be served by lead acid batteries because of economical cost, ruggedness and superior safety, Li-ion is making inroads into applications that need cycling by delivering the best price per cycle.

A gel battery generally lasts longer than AGM; improved heat transfer to the outside is one reason. (The gel separator moves heat whereas the absorbent glass mat of the AGM acts as insulator.) A further advantage of gel is the dome shaped performance curve that allows the battery to stay in the high performance range during most of its service life before dropping rapidly towards the end of life; AGM, in comparison, fades gradually.

Gel is known for good performance at high ambient temperatures, is less prone to sulfation than other systems, but it needs the correct charge and float voltages. In comparison, AGM is superior at low temperatures with better current delivery because of low internal resistance. The cycle count on gel is said to be larger than AGM and the secret lies in holding more acid due to its design. Because of higher internals resistance, gel batteries are not used for high current applications.

One of the secrets of building a good gel battery lies in the valve construction. Small and economical gel batteries use a valve consisting of EPDM-rubber (EPDM stands for ethylene propylene diene monomer). High quality large gel batteries for use in high and low temperatures use a more elaborate valve design to improve moisture retention.

In terms of suitability and cost, the flooded lead acid is most durable when used in standby operation, but it is also the most expensive and requires maintenance by replenishing water. Gel is cheaper than flooded and is the preferred battery for the UPS installations in communications. AGM comes at a lower cost and is also superior in load capabilities to gel. Both systems have a promising future and will continue to serve for standby applications that require limited deep cycling. Table 1 illustrates the advantages and disadvantages of the gel battery over other lead acid systems. 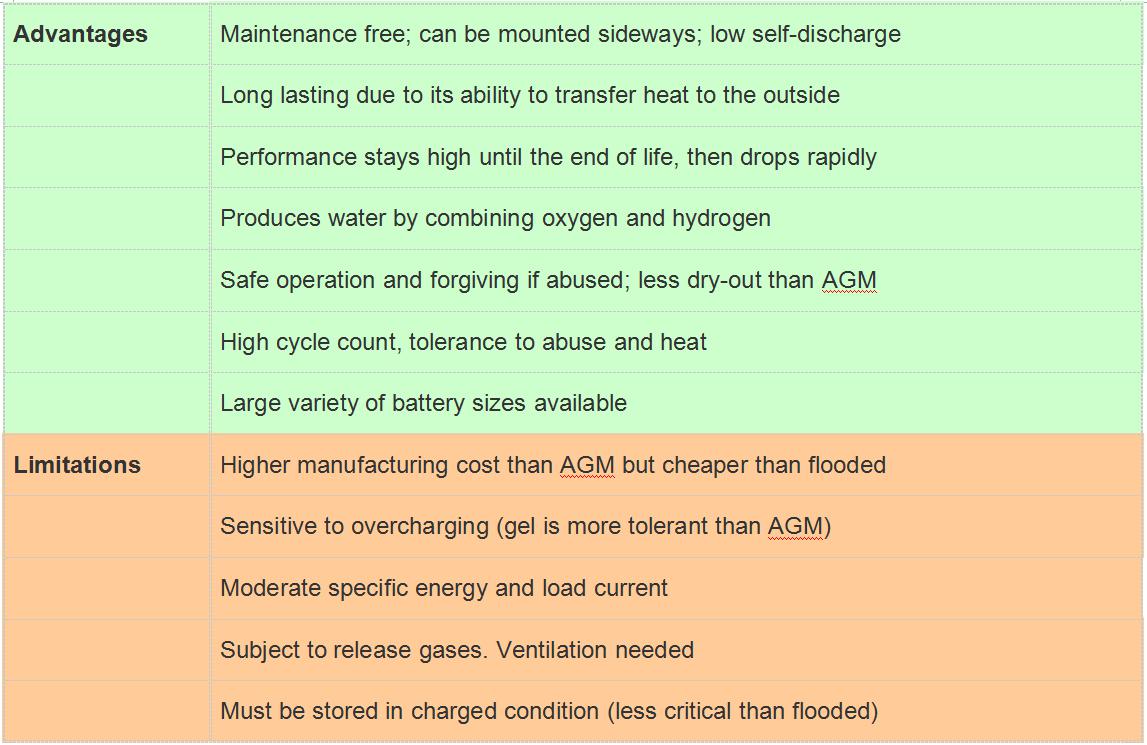 Table 1: Advantages and limitations of the gel battery.