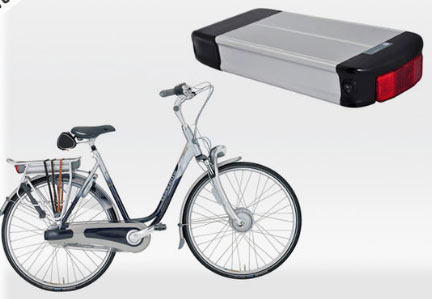 There is a compact lithium battery electric bicycle, weighs only about 16 kilograms, the battery is only a book size, only 2.5 kg, can be carried in the bag to go, you can also use to charge the computer, While the same power of lead-acid battery weight in 15 kg. However, this electric car price is more expensive, to more than 2,800 yuan . This car uses a lithium battery, Charging one time can run about 30 kilometers.