Recently, there is a very special farm held a grand opening ceremony, has attracted widespread media attention. The farm was special because it was the first farm in the world to operate solely on solar and sea water.

In the impression that the farm is generally full of plants in the place, there are seasonal climate, there are meandering clear rivers. However, the farm, called Sundrop, went the other way, building the farm in a desert near the sea, providing energy and water to the farm by concentrating the solar energy system and desalinating the water, .

Why farm in the desert?

Sundrop Farm is located in the south of Australia, Port Augusta, where tropical desert climate and Mediterranean climate is the transition zone, the performance of the hot summer drought, mild and humid in winter.

In fact, the traditional farm is concerned, such an environment is not suitable for crop growth. However, the Sundrop farm is well suited to the arid environment of the desert, due to the concentrating solar power system used by Sundrop. At the same time, the electricity generated by the solar system is used to drive the desalination plant, so as to produce the purified water needed by the farms. The farm produces electricity by concentrating the solar energy system. 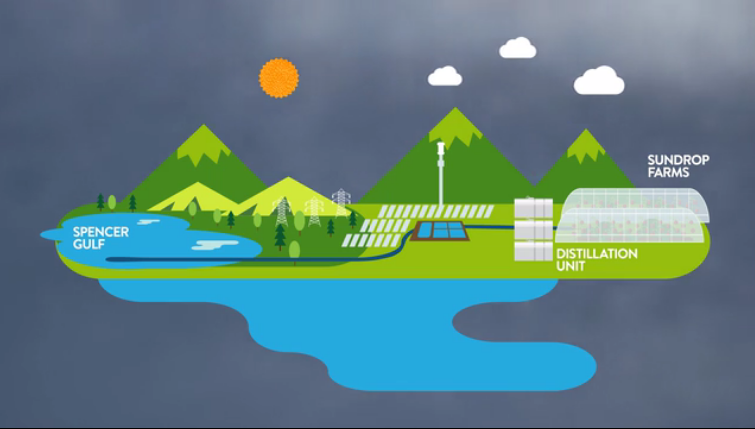 Concentrated solar energy systems are generally built in the coastal desert area, the system through a large number of mirror group, the solar light reflected to the collector tower. The collector tower has a steam system and a turbine system, in which the water required for the steam system is seawater, the sea water generates steam at high temperature, the steam drives the turbine system, and the generator operates to generate electricity.

Sundrop's concentrating solar system is not large, from the 23000 mirror, condenser tower up to 115 meters, 2 km away from the farm water from the Spencer Bay pumping. The system produces an average of 39 MW of electricity per day to meet the power required to drive desalination plants and farm greenhouses.

Sundrop farm covers an area of 49 acres (about 200,000 square meters), equivalent to 30 World Cup soccer so much. Farms do not require soil, pesticides, fossil fuels and groundwater, all of which are necessary for traditional farms, Sundrop does not need. At present, Sundrop planted about 180,000 tomato plants, their roots grow in coconut shells, stems and leaves and fruit hanging on the top of the steel frame. Because the sea has a bactericidal effect, so these tomato seedlings without pesticides, completely pure natural growth. 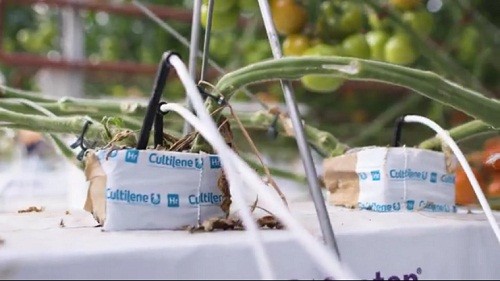 During hot summers, Sundrop uses seawater to keep the temperature of the greenhouse cool, while in the winter, the solar system generates heat that keeps the greenhouse warm. In this way, Sundrop builds a constant temperature environment for the production of tomatoes. 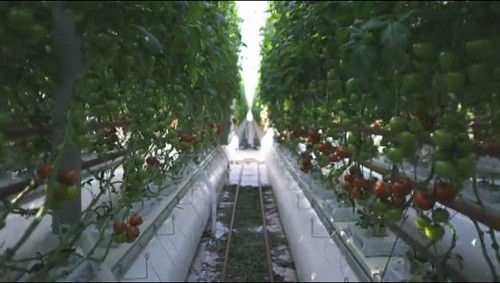 "The entire farm is a manageable environment," says Philippe Saumweber, Chief Executive Officer of Sundrop Farm. "We know all the inputs and expenditures, and because the farm is based on renewable energy, we are maintaining a reasonable price, , We can continue to provide high-quality products to the market. "

Sundrop expects to produce 17,000 tonnes of tomatoes a year, with a market share of 15% in Australia.

Sundrop Farm solar energy systems and desalination systems investment of 200 million US dollars, the price far more than the average farm. But Saumweber argues that while it is more expensive than conventional greenhouses, the cost is worth it if the focus is on the long term, "because in the long run, the operating costs are not low because traditional greenhouses require fossil fuels, pesticides, Purely grown tomatoes will be more competitive in the marketplace. " 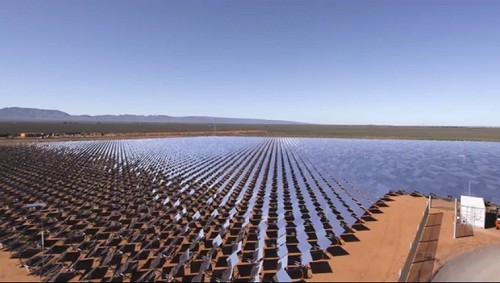 The company is planning to build a similar farm in Australia and plans to expand the project to Portugal and the United States.

With the progress of solar energy and wind energy technology, renewable energy will play a more and more important role in agricultural development. Sundrop introduced the advanced technology of concentrating solar power system, which solves the problem of electricity and water needed by farms. It is worth to learn and learn from the development of ecological agriculture and the sustainable development of agriculture.